Basics: the University of Wisconsin -Madison is a public research university in Madison, Wisconsin and is the flagship campus of the UW System. It is the oldest and largest university in the state of Wisconsin and is organized into 20 schools and colleges. More importantly, it is one of America’s Public Ivy universities, providing a collegiate experience comparable with the Ivy League. Their motto, translated to English, is “The divine within the universe, however, manifested, is my light.” 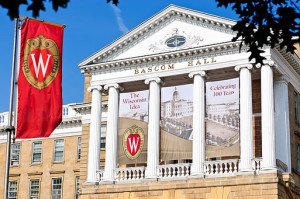 Academics: The largest college of the university is the College of Letters and Science, which enrolls about half of the undergraduate student body. Along with undergraduate and graduate programs, the university has also maintained professional schools in environmental studies, law, information studies, and a few more areas. It was ranked 54th in the world in the 2015 QS World University Rankings. UW-Madison is also home to the 12th largest research library collection in North America and the collections include more than 8.3 million volumes. 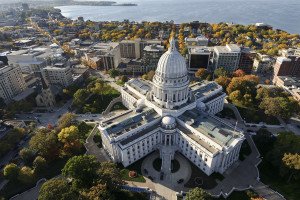 Demographics: UW-Madison is a big university, accommodating over 43,000 students of which nearly 30,000 are undergraduate students while others are graduate students. The campus is fairly urban, and it spans a vast area of 936 acres. 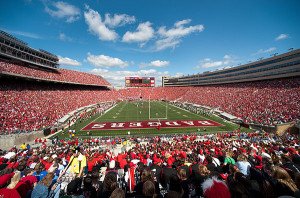 Collegiate Sports: The university’s teams participate in the NCAA’s Division I-A and the university’s athletic programs compete in the Big Ten Tournament, with the exception of Wisconsin Badgers Crew. The mascot is Buckingham U. Badger, more commonly known as “Bucky Badger”. The university colors are cardinal and white.

Student Life: UW-Madison is the only university in the US with two daily newspapers – The Daily Cardinal and The Badger Herald. There are over 750 clubs and organizations present on campus. These include fraternities, religious student organizations, recreational and major-specific, networking clubs. It is a great university for students seeking an Ivy League-like experience and an urban setting.