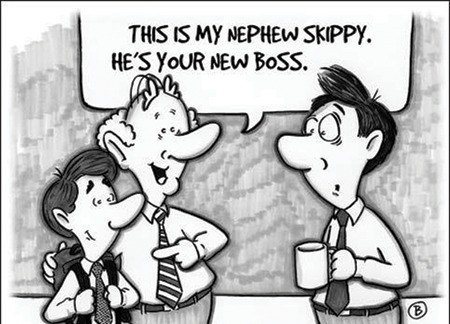 Nepotism a word that has been doing the rounds lately. It is based on favoritism granted to relatives in various fields including, business cinema, sports, etc. It is gradually increasing with a certain group of people believing it is unfair while on the other hand, some people support the idea of nepotism. The different views towards this topic have made it a hot debate in society.

This topic caught fire after the Koffee with Karan Talk Show where Kangana Ranaut, who is against people who follow nepotism, called Karan Johar the flag bearer of nepotism in Bollywood. This triggered a lot of discussion in the media from discussing production houses and how they have not given actors from outside Bollywood the right platform.

On the other hand, if we see from a film producer’s point of view, this view also has a lot of weightage. A well-established actor’s son would garner a lot of attention and create incentives for people to come to watch the films. Take a look at any entertainment website recently? They’re full of star kids.

I mean film production houses are not NGOs! They are businesses with profits and budgets to take care of. If tomorrow  I want to launch a film, do you think I would just choose anybody or a popular film star’s child? They run a company, it’s a balance of commerce and art, and both matter.

However, this is not always the case. For instance, I feel that while we can put the star’s son on-screen, we cannot make the audience arrive. It is the audience’s choice at the end of the day. They are the ones, who decide the longevity of an actor’s career. Even if an actor gets the platform, they have to sustain themselves there.

In the corporate world too, nepotism is widespread. Company founders usually pass on the ownership of the company to their children who might or might not be experienced enough. I believe, in these scenarios, there is a problem with perception. For instance, if the child has the ability and determination to take control of a company, then well and good. However, still in these cases, the world complains that the reason the business has been passed on to the child is due to their relationship. Where has the world come to? It is good for a company that a dynamic, knowledgeable, and young businessman is taking control which will please the shareholders but it won’t please other employees who have been far longer in the company and maybe are far more experienced.

In conclusion, I genuinely feel if I am going to blame anyone, then everyone is to blame, or better still, no one is. There is no blame, nor should there be. To each their own, as long as no one is being deliberately discriminated against. If I am a product of nepotism, fine. If the talent a producer has launched is a sign of nepotism, fine. But nobody alone should be blamed. You are doing it too. With your headlines, in your political parties, in a thousand industries across the country. These people are scrutinized just because they are famous, however in our day-to-day lives, we too are indulging in it. This is not about me objecting or nullifying the issue, I’ll accept it. Can you? If for no other reason than they need these neoplasms to work with.

Is It Okay To Go Into College Undecided

Time Management in a Nutshell