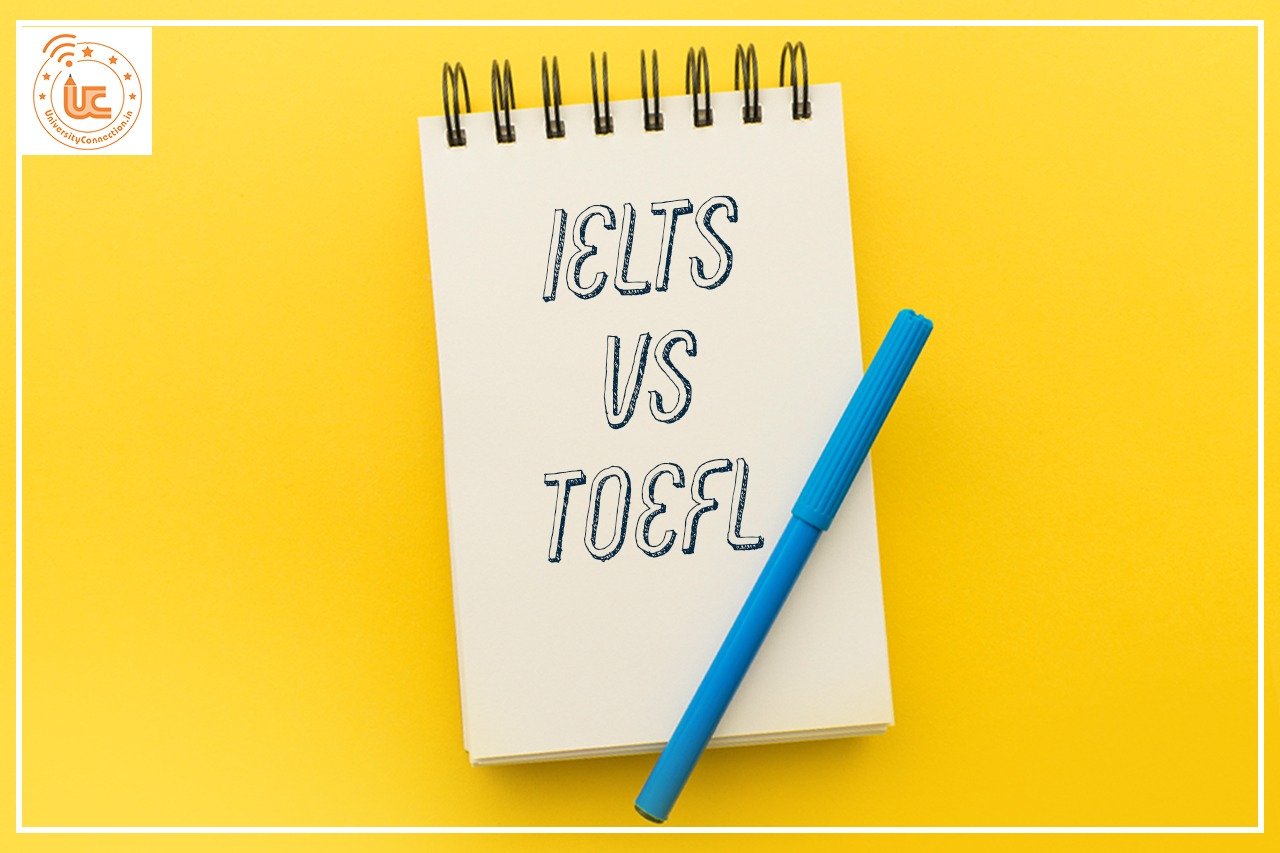 In India, English is known to be the trade language and which is why internally as well as internationally in communication, it has become important to learn English to communicate with a foreign audience. TOEFL (Test of English as Foreign Language) and IELTS (International English Language Testing System) are the two main English-language proficiency tests available for the students and employees of non-English speaking countries that offer students and professionals the opportunity to work abroad. Often universities abroad ask for either TOEFL or IELTS scores from international applicants. The comparison between IELTS vs TOEFL often confuses students. However, the difference between IELTS and TOEFL depends on various factors such as study material availability, pattern of the exam, toughness level, demand of universities, test center availability, etc. that must be kept in mind.

These two examinations are IBT (Internet-Based Testing) however IELTS is taken by experts which also sometimes becomes nerve-wracking. While both tests have the same goal, they differ in crucial ways. So, unless you are sure which one to take, read our blog to learn the differences between IELTS VS TOEFL and pick the best option to fulfill your study abroad dreams.

The International English Language Testing System (IELTS) is one of the world’s most popular exams that assess a candidate’s ability to communicate in English. The exam assesses a person’s English language abilities in four categories: reading, listening, writing, and speaking.

IELTS is jointly owned by the British Council, IDP: IELTS Australia, and Cambridge Assessment English. There are two types of exams under IELTS: paper-based and computer-based.

The TOEFL (Test of English as an Overseas Language) is a standardized exam accepted by most foreign universities where English is the language of instruction. The exam is planned and designed to measure English proficiency in terms of reading, speaking, listening, writing and understanding, especially for non-native English speakers.

What is the difference between IELTS and TOEFL: Ways in which the exams differ.

Here, we will help you understand the main difference between IELTS and TOEFL exams:

If we look over the difference between IELTS and TOEFL, both exams are intended to assess an individual’s English language ability, however, there is a change in the scope of the two exams.

IELTS comparatively has a wider scope than TOEFL. It is meant to be an English proficiency test for individuals wishing to study abroad, for occupational purposes and immigration to English-speaking countries.

TOEFL is meant for academic purposes alone. This exam is taken in particular by students who wish to enroll in English-speaking universities.

The IELTS exam has two main types – Academic and General Training. While the IELTS Academic test is to be taken by students who are planning for higher studies, such as Undergraduate, Masters, and Doctoral levels. The IELTS General Training exam is for candidates planning to take up a vocational training program or to immigrate professionally.

On the other hand, as mentioned earlier, TOEFL is only used for academic purposes, therefore it has no major variations.

Both exams differ in terms of availability. The IELTS exam is available to students in over 140 countries at around 1,600 locations.

TOEFL is very convenient to take. The candidate can take the exam almost anywhere in the world. Exam centers are available in more than 165 countries at over 4,500 locations.

One of the main differences between IELTS and TOEFL is the scoring pattern.

IELTS is graded on a band system ranging from 1 (the lowest) to 9 (the highest) and IELTS exam scoring, overall and section-wise, is done on a scale of 0-9.

Whereas TOEFL is scored out of 120 points and each section is graded on a scale of 0-30.

The IELTS exam takes up to 2 hours and 45 minutes to complete.

The Internet Based TOEFL exam duration is 3 hours long and the paper-delivered exam is 2 and a half hours long.

The TOEFL exam is scheduled for over 60 times a year at authorized test centers around the world and the new TOEFL home edition exam can be taken 4 days a week.

The IELTS exam can be taken up to once a week and is scheduled for test dates 48 days per year.

The TOEFL test results are made available to the students anywhere between 6-10 days from the test date.

The  IELTS test scores are released within a week (online) or 13 days (offline) after taking the exam. 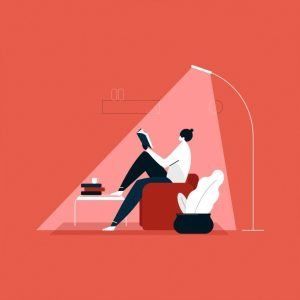 The reading section tests a student’s reading and comprehension abilities of university-level educational text. The candidates are required to read 3-4 passages and based on each of the passages, they will have to answer a set of about 10 questions per passage.

In the IELTS reading section, the student is generally given three passages, and based on them, students are asked to answer different types of questions. The main purpose of the section is to assess the student’s ability to understand & identify the author’s main ideas and find specific information. 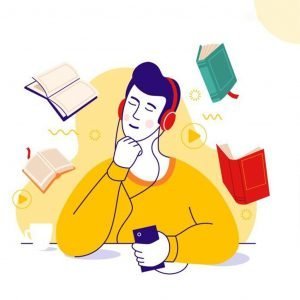 The IELTS listening section evaluates a student’s ability to understand a conversation, and ability to listen for important and specific facts. Students will be provided 4 recorded monologues divided into four sections where the first two monologues deal with social needs, while the last two are related to the area of education. The audio can only be listened to once and questions are based on these. 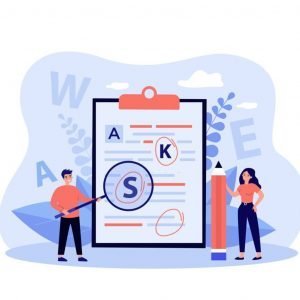 The TOEFL writing section tests students’ ability to present and write their ideas in a clear and well-planned manner. Students are given two tasks – one integrated task involving reading (3 mins), listening (2 minutes), and then writing (15 mins) with an independent essay writing task.

The IELTS writing section tests the skills of writing a well-organized, clear, and rational essay on the topic given. The candidates will have to write two essays-one short and one long. 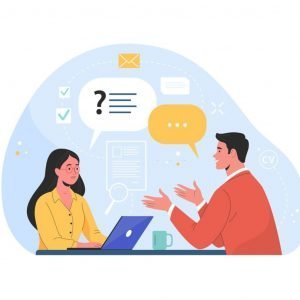 TOEFL
The TOEFL speaking section is enabled to test students’ efficiency in spoken English. The student is given 4 tasks and the results of which are scored by an examiner. In one of the tasks, the student is required to speak about a familiar topic and in the other three integrated speaking tasks, students are required to read and listen, or both and then speak about the given topic.
IELTS
The main aim of the IELTS speaking section is to assess the ability of the student to communicate their ideas & opinions in the English language. The student has to undergo a face-to-face interview with the examiner.
The Speaking test may be taken on the same day or up to 3 days either before or after the test date.
IELTS Vs TOEFL Acceptance
Both TOEFL and IELTS scores are widely accepted across the globe as proof of English proficiency.
IELTS test scores are accepted by over 9000 institutions in more than 140 countries including the US, UK, Australia, Canada, and New Zealand.
TOEFL exam scores are accepted by more than 11,000 universities in 150 countries including the US, UK, Canada, Australia, New Zealand, France, and Germany.
Between the two exams, TOEFL is widely preferred in the US, while IELTS is preferred in other countries.
In conclusion, when comparing IELTS and TOEFL, we could identify that the aim of both the exams is the same and both vary in a lot of aspects. If you are planning to take one of these exams, make sure you understand the basic differences before making your final pick.
Quick Share!