There is a lot of skepticism about a Liberal Arts degree that continues to circulate, especially in a predominantly orthodox nation like ours. But the more you think about it, the more it starts making sense to explore those areas of study as career paths and means to happiness. Personally, pursuing a Liberal Arts program at a science school like Purdue, the essence of a Liberal Arts curriculum becomes distinguishably clearer to me, even though that path is laced with more difficulties than I would like to care for.

One of the biggest hurdles is the belittling of what you do by your peers, even when it’s inadvertent. What a lot of people fail to comprehend is the notion that what a Liberal Arts major does challenges him/her on an aesthetic, spiritual, and creative level rather than on a technical plane. We follow a different regimen because expertise study in a specific subject matter is conducive for our ultimate goals only to a certain degree. What it really comes down to for students of Liberal Arts is the skill cultivation, and how it helps us achieve all that we want to attain: 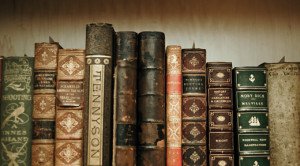 1) Self-aware, holistic growth: A Liberal Arts major is first cognizant, and then skillful. A Liberal Arts degree can help you hone in on not only the specialization skills you need to be good at what you do, but instills in each individual some essential but undervalued skillsets like interpersonal skills, a wide spectrum of life skills, communication skills, and aesthetic awareness.

2) Objectivity and respect for others’ beliefs: Liberal Arts majors are trained and conditioned in an environment wherein the lowest benchmark of thinking that is acceptable is neutrality. It predisposes us to transcend preconceived biases about the world, its peoples, and its cultures, and foster an all-encompassing, neutral, and objective standpoint on all the things under the sun that is likely to be doubly difficult to reach with focus only on the “book-smarts” and not the “street-smarts.”

So if you ever realize that you have something singular and unique that you feel the need to voice and reach out to people, feel free to get in touch with us at SAT Varsity and we’ll help you make yourself heard!

Going Beyond Rankings: 5 Priority Points to Consider When Selecting Your Final College